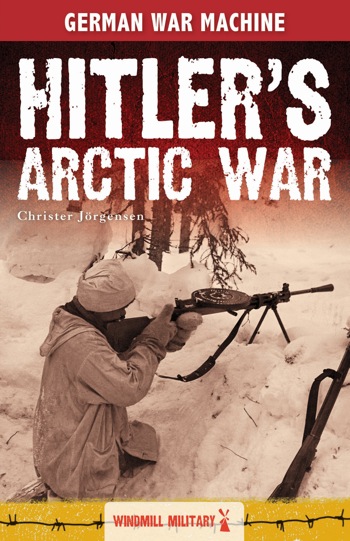 Writing in 1941, shortly before the beginning of Operation Barbarossa, German General Eduard Dietl, commander of the 3rd Mountain Division, described northern Scandinavia as “an area unsuited to military operations”. The men of his division, freezing in their snow-covered tents, would have undoubtedly agreed, although probably in less understated terms. Despite the astonishingly hostile environment, the arctic was an active theatre of war from April 1940, when Germany invaded Norway, to April 1945, when the last German units were driven out of Finland.

Hitler’s Arctic War looks at the history of World War II in the arctic, as well as the related conflict between the Soviet Union and Finland, known as the Winter War, which began in November 1939. The unique challenges of arctic warfare led commanders from both sides to use very different tactics to those favoured their contemporaries in other theatres. The lack of roads, railways, or airfields in the far north meant that all equipment and supplies had to be carried by the soldiers themselves, and that tanks were almost never seen. The arctic was not an environment that allowed grand tactical manoeuvres, making each campaign a series of brutal small-unit actions, where victory was decided by the skill and determination of the fighting men. Hitler’s Arctic War also looks at the strategic cost of the German occupation of Norway and the war on the Arctic Convoys, which was fought in the icy waters of the Barents Sea.

Illustrated throughout with clear colour maps and contemporary photographs, Hitler’s Arctic War is a clear and comprehensive overview of the campaigns fought in this little known theatre of World War II.