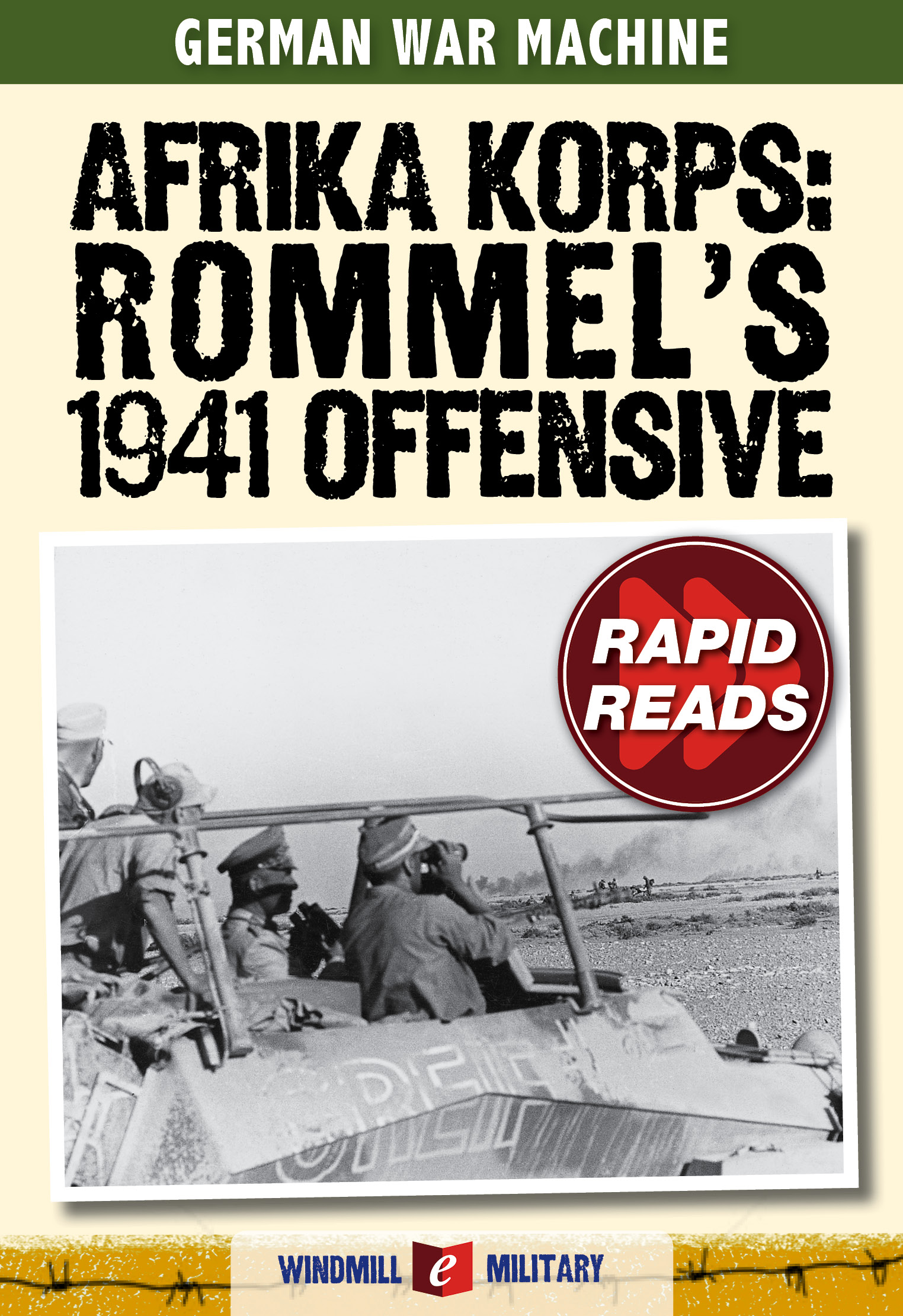 One of the most dramatic campaigns of World War II, Erwin Rommel’s first campaign in North Africa, 1941, Rommel’s Panzers opens with the young General’s arrival amidst the chaos of the Italian retreat, and covers the remarkable transformation of Axis fortunes he brought at the head of his Deutches Afrika Korps. It is part of the Rapid Reads series.