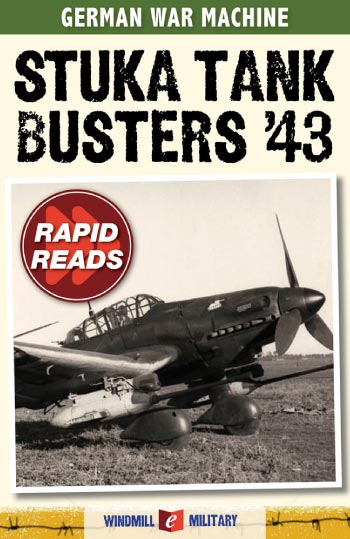 The Ju-87 Stuka has become a symbol of the Blitzkrieg campaigns of the early war years. The wailing siren that announced its near-vertical bombing runs struck fear into ground troops from Tobruk to Leningrad. Able to drop bombs with pinpoint accuracy and operate from frontline airstrips, the Stuka was a vital component of German combined-arms strategy.

What is less well known is the Stuka’s later career as a dedicated ground-attack aircraft. On the eastern front, as Stuka squadrons waited for the fast and heavily armoured replacement aircraft that never came, pilots and commanders thought up a new role for the aging Stuka. Bearing two 37mm cannon in pods under its wings, the Stuka was reborn as the Kanonevogel (‘“Cannon-bird”), or Panzerknacker (“tank-cracker”) – a deadly tank hunter.

This book looks at the modifications – both official and unofficial – that made the Kanonevogel into such an effective weapon and the skilled pilots, like Hans-Ulrich Rudel, that put it to use in the skies above Stalingrad and Kursk. It is part of the Rapid Reads series.