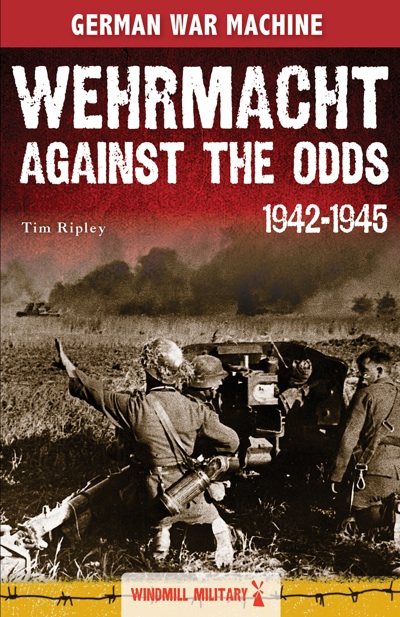 The Wehrmacht of Nazi Germany was one of the most remarkable and effective armies in the history of warfare. Established in 1935 from the professional core of the inter-war Reichswehr, the Wehrmacht developed rapidly, massively expanding its numbers while developing a revolutionary set of strategic and tactical ideas, known to us as Blitzkrieg. When it was unleashed on an unprepared Europe in 1939, the Wehrmacht swept all before it, conquering most of the continent before it was finally halted in late 1942. Despite being outnumbered and outgunned, it fought on for the next two years, conducting a fighting retreat of unprecedented skill on three separate fronts.

Featuring full-color maps, contemporary photographs, and profiles of leading figures, this two volume set examines what it was that made the Wehrmacht so effective, and what weaknesses led to its eventual downfall and destruction. It also includes lengthy appendices detailing the organization, manpower strength, and equipment of different types of Wehrmacht division as well as a glossary of terms.

This book – the second of a two volume series – examines the nature of the Wehrmacht and its combat history in the second half of World War II. It looks at the relationship between Hitler and his generals; between his generals and their officers; and between those officers and their men. It profiles the German frontline soldier and the arms industry that kept him fighting. It also provides an unflinching look at the realities of the Wehrmacht’s role in Nazi atrocities. The later chapters follow the Wehrmacht as it is fought back through Eastern Europe, France, and Italy, conducting a fighting retreat all the way to Berlin. To conclude this two-volume series, this book considers the fate of those who fought in the Wehrmacht's campaigns, as well as the historic and military influence of the Wehrmacht’s successes.