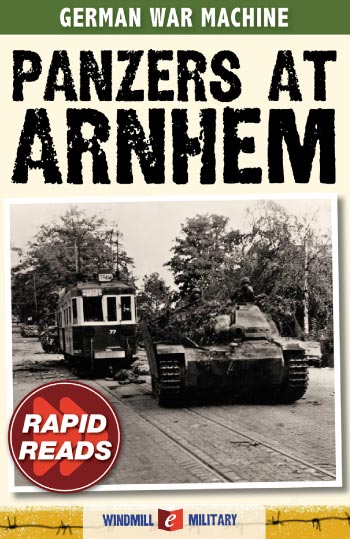 In September 1944, having just barely escaped the carnage of the Falaise Pocket, the Waffen-SS Panzer divisions Frundsberg and Hohenstaufen were sent by train to Arnhem, a town in the eastern Netherlands. Here they were supposed to have a month or two of rest and refitting, bringing them back up to strength after more then two months of punishing combat assignments in Normandy. This was not to be, however. On 17 September they found themselves at the 'tip of the spear', guarding the last of a series of strategic river crossings against the massive air and land offensive known as Operation Market Garden.