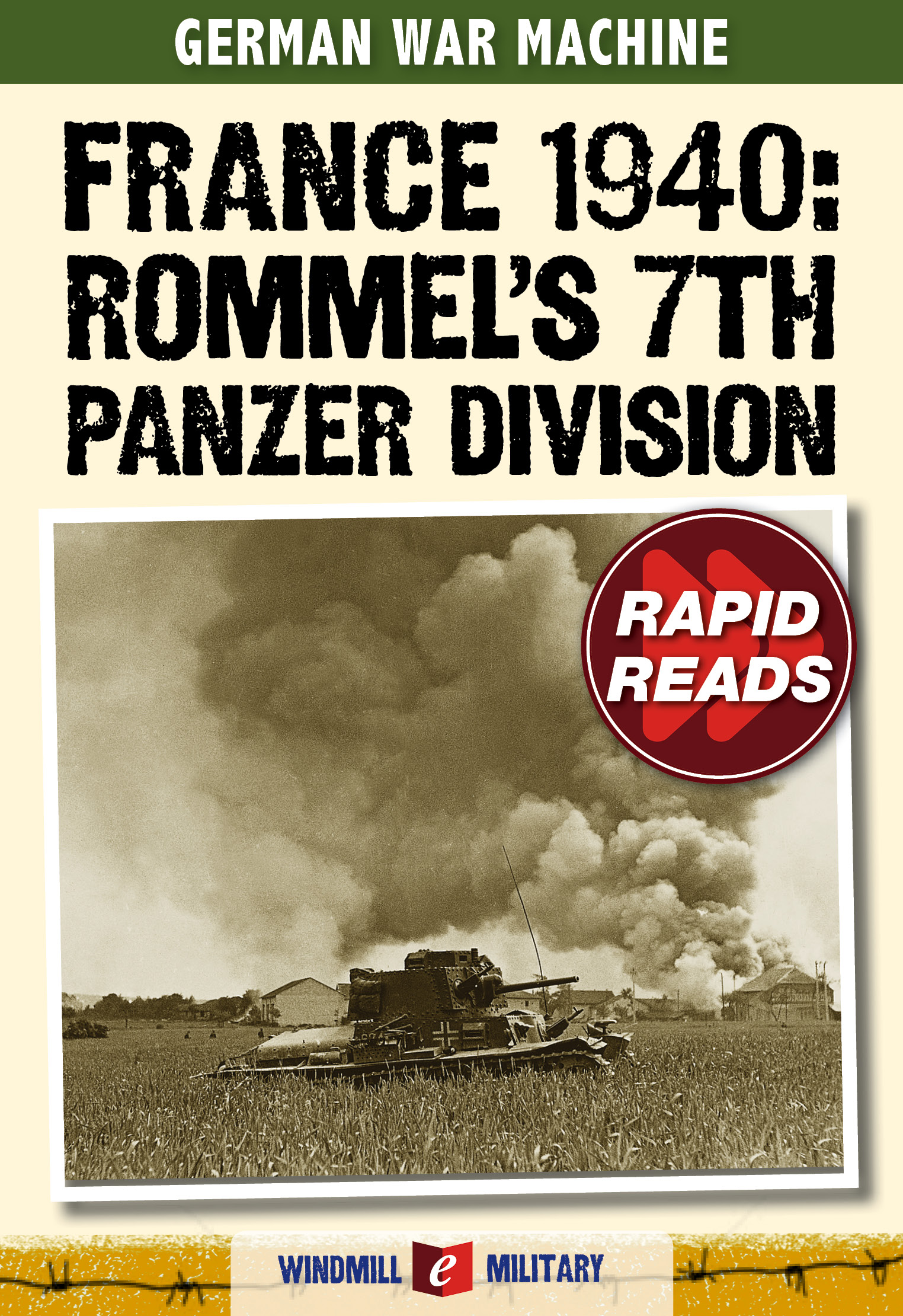 The 1940 Battle of France was one of the most decisive military victories in history. Between 10 May and 25 June, the armies of Nazi Germany overwhelmed and defeated a multi-national coalition of equal size and comparable technological development. By the end of the campaign, the Wehrmacht had taken 1.9 million prisoners and knocked Belgium, the Netherlands, and French Third Republic out of war.

The devastating success of this offensive was due to several factors, including the unpreparedness of the Allies, the brilliance of Erich von Manstein’s invasion plan, and, last but not least, the skilful tactical improvisations of Germany’s two leading Panzer commanders, Erwin Rommel and Heinz Guderian.
This short book follows Rommel and the men of his 7th Panzer Division (The Ghost Division) as they smash through the French defences around Sedan and then make their daring drive towards the coast at Abbeville. It examines Rommel’s tactical choices, including his extremely risky decision to drive on, unsupported, towards the coast.