The German Invasion of Norway 1940 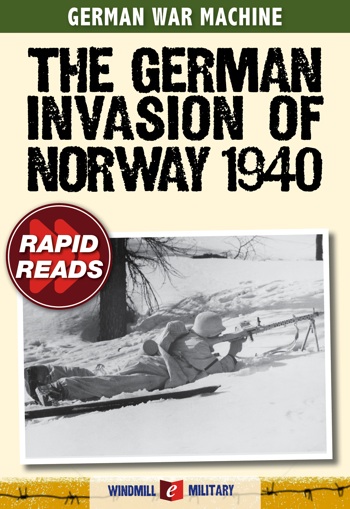 The German Invasion of Norway, codenamed Operation Weserübung, was one of the most impressive German strategic achievements of the war. Through close co-operation between the Kriegsmarine, Luftwaffe, and Heer (Army), German forces were able to quickly overrun and defeat an entire country before its army had even had time to fully mobilize.

Though ultimately successful, the plan was a highly risky one. If the German troops had failed in their initial objectives, and the Norwegian Army had been able to mobilize with the assistance of the British, the small German force would have been trapped in numerous isolated pockets, cut off from supply and reinforcement by the British Royal Navy. Even though the plan was carried off almost flawlessly, it still came at a heavy cost. In actions along the Norwegian coast, the Royal Navy and Norwegian shore batteries almost annihilated the Kreigsmarine's destroyer force, sank the heavy cruiser Blücher and damaged the cruisers Gneisenau and Lützow.

Illustrated with several full color maps, this book describes the planning and execution of the Norwegian campaign, including the roles played by the Fallschirmjäger (paratroopers) and Gebirgsjäger (mountain infantry).