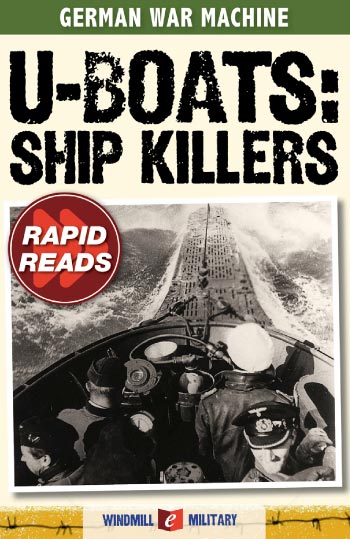 In his history of World War II, Winston Churchill stated that the Battle of the Atlantic was the most important theater of the war, adding that “everything happening elsewhere, on land, at sea or in the air depended ultimately on its outcome”. In a conflict where so much hinged on the safe transport of men and materiel between Britain, the United States, and Canada, the entire Allied war effort could be gravely threatened by a relatively small and underfunded branch of the German armed forces.

The crews of these Unterseebooten, or U-Boats, were regarded as heroes in their native land and showered with medals. Commanders like Otto Kretschmer in U-99, Wolfgang Lüth in U-43 and Gunther Prien in U-47 were household names in Nazi Germany and holders of the highest decorations for valor. The Ubootwaffe’s glory came at a high cost, however. Over the course of the war, 754 out of the 863 U-boats built ended up resting permanently on the bottom of the ocean, along with some 28,000 submariners.

This book tells the story of the Ubootwaffe; its development under the leadership of Karl Dönitz in the 1930s, its dramatic early successes, and its later struggles with an increasingly well equipped and capable foe. It looks at both the technical and tactical aspects of the war, including the strengths and weaknesses of the infamous Type VIIc U-boat, the Allied anti-submarine weapons, and the revolutionary ‘wolf pack’ tactics that allowed numerous U-boats to tear apart even heavily protected Allied convoys.