Elite Units of the Third Reich 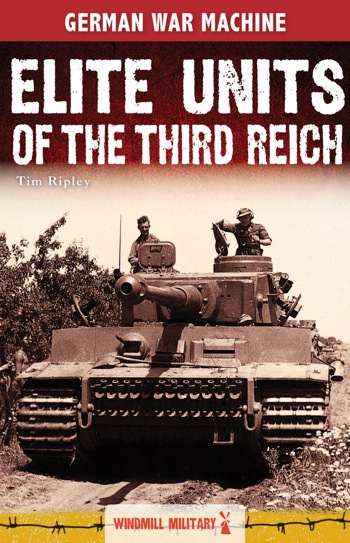 On the outbreak of war in 1939, Nazi Germany had probably the finest armed forces in the world. Years of Versailles Treaty restrictions had stripped away many layers of encumbering tradition and forced an entire generation of commanders to devise inventive methods of doing more with less. With the rise of the Nazi Party, the expert core of the Weimar-era army was empowered by the almost limitless support of a profoundly militaristic state, creating a force without equal in Europe.

Even within this excellent army, however, a few units stood out as the elite. Some were parts of the regular army, like Erwin Rommel’s 7th Panzer Division, while others were unique independent formations, like the 7th Fallschirmjäger Division or the Brandenburger commandos. During the early years of the war, at a time when the Third Reich was experiencing an almost unbroken run of impressive victories, these units were joined by other elite troops like the Waffen-SS panzer divisions.

As the war progressed, these elite units began to receive an ever larger share of Germany's scarce resources. Hitler, who had come to distrust the Wehrmacht's officer corps, put more and more of his faith in the power of small elite units equipped with expensive, over-engineered wonder weapons. In some cases it was these wonder weapons that made the elite units what they were – the jet-fighter equipped pilots of JV44 or the crews of the massive Tiger and King Tiger tanks.

Illustrated with contemporary photographs, this book provides a comprehensive overview of the elite units from each arm of the German War Machine, covering their formation, combat history, and unique tactical doctrines.