The Russians Who Fought for Hitler 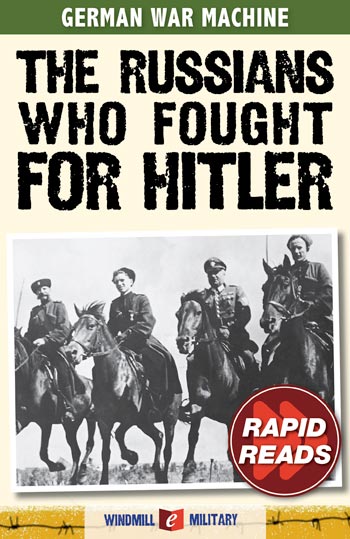 By the autumn of 1941 it was becoming apparent to many in the Wehrmacht that they had become victims of their own success. In just over two years of fighting the German Army had conquered an area more than twice the size of the pre-war reich and taken several million prisoners. Administering this vast swath of new territory and guarding the nation-sized POW population was a major drain on the army's manpower, even with the assistance of Germany's Axis allies like Italy, Hungary, Bulgaria, and Romania.

Attempting to kill two birds with one stone, Wehrmacht officers began recruiting volunteer legions from among the POW population towards the end of the year. Although the vast majority of POWs remained implacably opposed to the entreaties of their captors, many were swayed by promises of better treatment or by the offer of a chance to fight the forces of communism.

Recruitment efforts were particularly successful among prisoners from the Soviet Union, where repressive policies and the crushing of ethnic nationalist movements had alienated many. By the spring of 1942 there were more than 100,000 Russian or Soviet-born Hilfswilligen (‘volunteer helpers’) on the German payroll.

This book looks at the motivations of these recruits and their varied military careers in the German Army. It covers the entirety of the war and includes both the informally-recruited laborers of the Hilfswilligen and the well trained Osttruppen (‘Eastern Troops’) of Soviet defector General Andrey Vlasov’s Russian Liberation Army.