The Battle of the Bulge: Ardennes 44 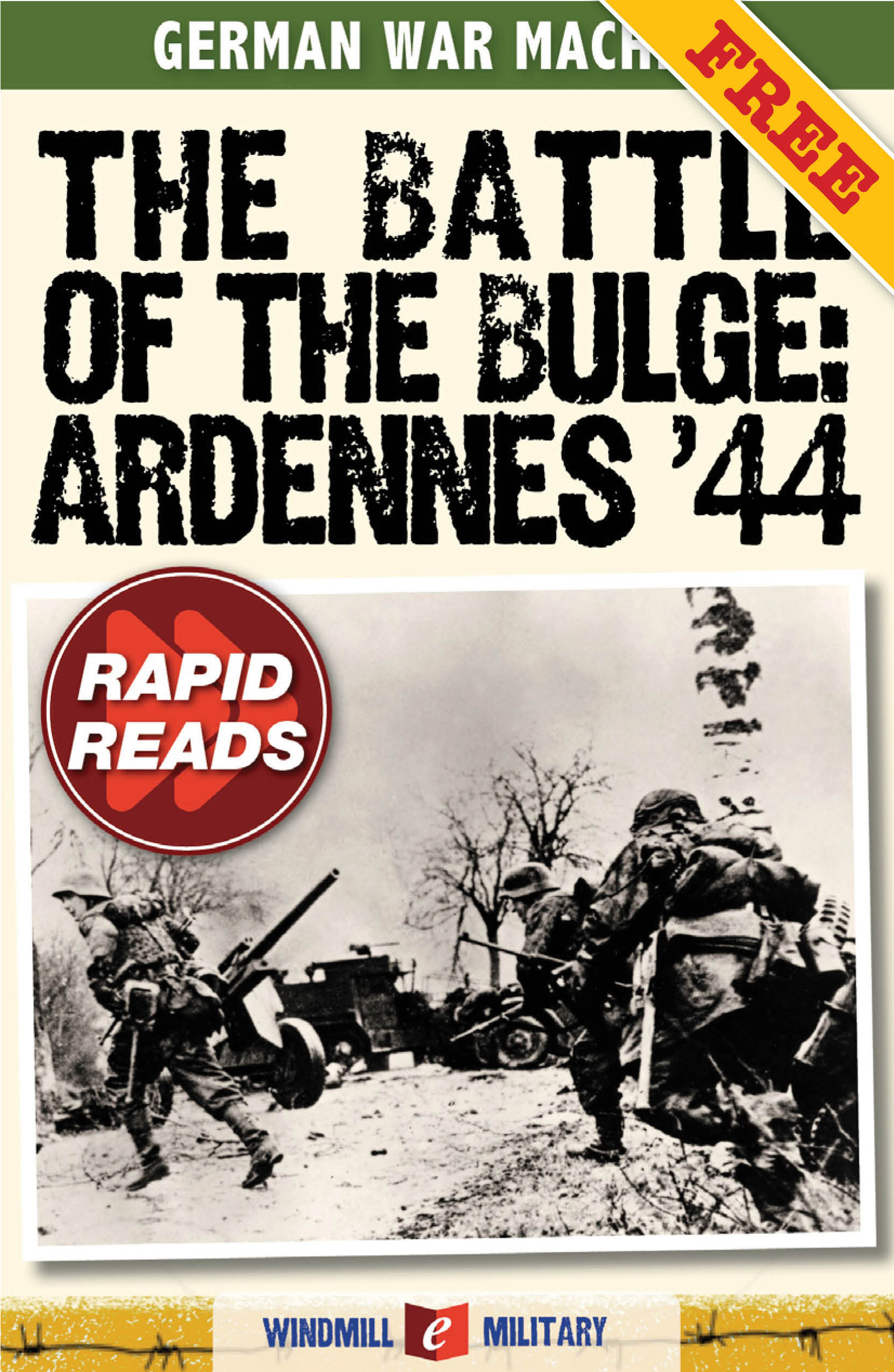 To commemorate the final big German offensive on the Western Front we are giving away a free PDF of this book on the German armoured formations that fought in the Battle of the Bulge, written by acclaimed military author Tim Ripley. The Battle of the Bulge will also be free as an ebook on Amazon for the next five days. Click here to buy on Amazon.

At 05:30 on 16 December 1944, the Germans began an assault on Allied forces in the thick forests of the Ardennes with a massive 90-minute artillery barrage using 1,600 artillery pieces across a 130-kilometre front. This was the start of Nazi Germany’s last major offensive on the Western Front. The massed tanks and men of Sepp Dietrich’s Sixth Panzer Army and Hasso von Manteuffel’s Fifth Panzer Army smashed through the thinly stretched infantry lines of the US First Army, capturing whole regiments as they advanced. The Allied commanders – who had assumed the Germans were spent as an attacking force – were taken completely by surprise, believing that the Germans had been making defensive – not offensive – preparations. The battle that followed, known as the Battle of the Bulge, continued until late January and was one of the hardest-fought battles of World War II. The Americans incurred their highest casualties for any operation during the war.

This book takes a close look at the advance of the Sixth Panzer Army and the élite Waffen-SS Panzer Divisions that formed the backbone of the attacking force. It follows the battle from the initial clashes around Elsenborn Ridge and St Vith, to SS-Standartenführer Jochen Peiper’s advance through the mud-choked streets of Malmedy, Stavelot, and Stoumont, to the crucial siege of Bastogne.