The Battle for the Bocage 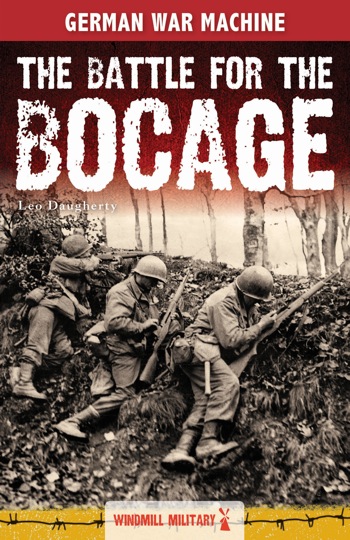 The opening stages of Operation Overlord – the Allied invasion of Normandy – were an almost unqualified success. In the days that followed the landings on 6 June 1944 – D-Day – tens of thousands of troops poured ashore and advanced inland. General Omar Bradley’s First Army, which had responsibility for the western half of the beachhead, was well prepared for a mobile war with plentiful tanks, bridging equipment, and trucks. As his men headed inland from the beaches, however, they encountered terrain that dashed American expectations of a fluid campaign: the bocage.

The bocage was a medieval patchwork of small fields and pastures, each surrounded by a high earthen embankment topped with a dense hedge. Many of the roads through the bocage were sunken lanes that ran between hedgerows, most barely wide enough to allow the passage of a jeep, let alone a tank. Each field and hedgerow was turned into a defensive position by the veteran German troops, and their artillery, machine guns, and mortars took a heavy toll on the slow-moving and inexperienced American troops.

Illustrated throughout with clear colour maps, contemporary black and white photographs, and first hand accounts, The Battle for the Bocage is the story of the campaign of the US First Army over seven slogging weeks in June and July 1944.