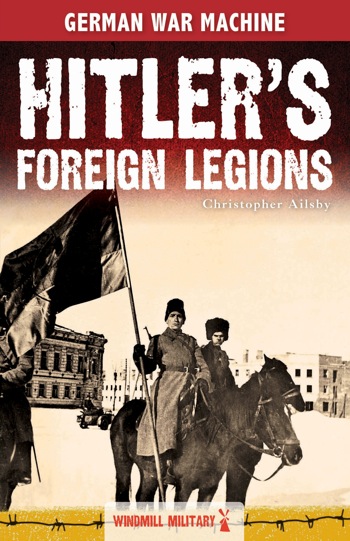 The 1920s and 1930s were a period of growing political extremism throughout Europe. Disaffected with liberal democracy, many young men found themselves drawn to the revolutionary ideologies of fascism and communism. These political movements transcended national boundaries and encouraged their supporters to volunteer to help wherever the movement was advancing, or where it was perceived to be under threat. The power of ideology to draw in volunteers from all over the world was first seen during the Spanish Civil War, when both the fascist-aligned Nationalists and the communist-aligned Republicans were aided by a massive influx of foreign fighters.

German fascist ideologues like Heinrich Himmler had watched these developments with interest, and with the outbreak of war in 1939, they began lobbying for the creation of a kind of fascist foreign legion to be formed within the German armed forces. Himmler and his supporters believed that Germany could become a magnet for anti-communist militants from all over Europe, transforming the country’s territorial expansionism into an ideological crusade.

Recruits did indeed flock to the German cause from all over occupied Europe, but not in the kind of numbers that Himmler had hoped for. As the war progressed and Germany's manpower shortages became more acute, the net was cast every wider, gathering not only committed fascists but also adventurers, opportunists, and fools from all over the world.

Illustrated with contemporary photographs, this book looks at the history of Hitler's foreign legions. It includes chapters on military success stories like the mostly Scandinavian SS Panzer Division Wiking as well as embarrassing failures like the 60-man ‘British Free Corps’. It also examines the Third Reich’s confused and self-defeating attempts to form military units from the populations of countries that it considered to be racially inferior, such as Russia, Albania, and India.